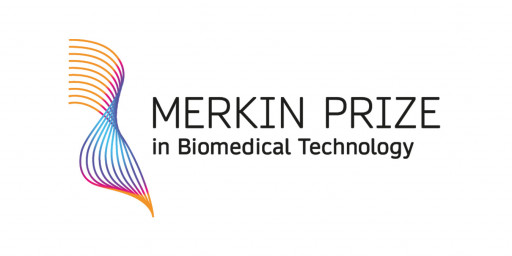 
Nominations are now open for the first award of the Richard N. Merkin Prize in Biomedical Technology, which recognizes novel technologies that have improved human health.

Each year, the prize will celebrate a novel technology and recognize up to four key contributors to the development of the technology, with a cash award of $400,000 to be shared among each year's recipients. The winning technology must have made a demonstrable real-world impact on human health by improving the treatment, diagnosis, or prevention of disease.

The Merkin Prize is administered by the Broad Institute of MIT and Harvard, one of the world's leading biomedical research institutes.

"The Merkin Prize will highlight the inventors of an important medical technology and will demonstrate how their work is transforming healthcare," said Harold Varmus, chair of the selection committee. Varmus is the Lewis Thomas University Professor at Weill Cornell Medicine, a senior associate at the New York Genome Center, and a recipient of the Nobel Prize in Physiology or Medicine for his work on the origins of cancer.

Eligibility for receipt of the Merkin Prize extends to all living investigators from anywhere in the world, using any discipline in academia, the commercial sector, or government. Anyone may submit a nomination, but self-nominations are not permitted. Nominations must be submitted by Jan. 23, 2023.

About the Merkin Family Foundation

Richard Merkin, MD, is the founder and CEO of Heritage Provider Network, Inc. (HPN). HPN is the largest physician-owned managed care organization in the country dedicated to value-based healthcare delivery improvements. HPN develops and manages coordinated, patient-doctor centric, integrated healthcare systems that offer some of the strongest solutions for the future of health, care, and cost in the United States. HPN and its affiliates operate in New York, California, Arizona, and Colorado, providing high-quality, cost-effective healthcare with over one million patient members. HPN is dedicated to quality, affordable healthcare, and putting patients' wellness first.

About Broad Institute of MIT and Harvard

Broad Institute of MIT and Harvard was launched in 2004 to empower this generation of creative scientists to transform medicine. The Broad Institute seeks to describe the molecular components of life and their connections; discover the molecular basis of major human diseases; develop effective new approaches to diagnostics and therapeutics; and disseminate discoveries, tools, methods, and data openly to the entire scientific community.

Founded by MIT, Harvard, Harvard-affiliated hospitals, and the visionary Los Angeles philanthropists Eli and Edythe L. Broad, the Broad Institute includes faculty, professional staff, and students from throughout the MIT and Harvard biomedical research communities and beyond, with collaborations spanning over a hundred private and public institutions in more than 40 countries worldwide.

Original Source: Launch of the Merkin Prize in Biomedical Technology

The post Launch of the Merkin Prize in Biomedical Technology first appeared on Enrose Magazine.